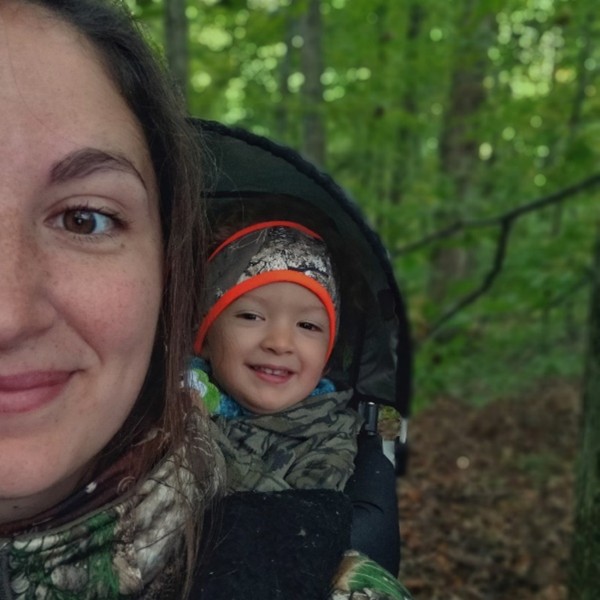 No Age Limit on Hunting

Many of us have memories of hunting with our dad, wearing our hand me down camo with a heavy shotgun slung over our shoulder; trudging through knee deep snow. Hunting is a rite of passage for many kids, and my childhood was no different. My earliest memory of hunting was my 7th birthday, when I accompanied my dad on a quick turkey calling expedition. It wasn’t actually hunting, as season wasn’t open yet…simply a walk in the woods with some turkey calls. I can still remember the feel of my dad’s fuzzy green jacket wrapped around me, and the scratchy sound of the push button call yelping in the morning stillness. That memory has stuck with me, and it’s one I truly treasure. I would like to think it played a big part in me becoming an avid hunter, and bringing my daughter up in the woods. 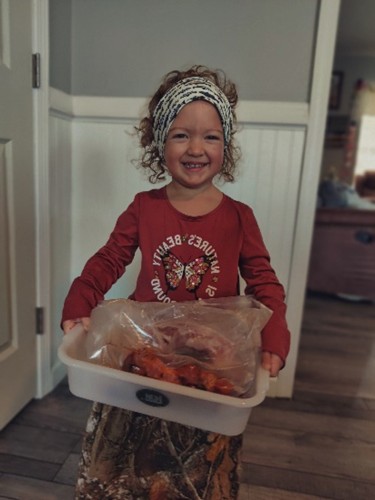 When it comes to age, I think there is no limit when it comes to getting someone into the outdoors. There is no set age that is “too young” (or “too old”) because its never too early —nor too late.

I started bringing my daughter along on hunts when she was six months old, and probably would have started bringing her along sooner if there had been a season that was open. I was met with quite a bit of backlash, particularly from anti-hunters, but many people were supportive. I started taking her along with me simply as I lacked a babysitter, but I soon learned that she enjoyed being outdoors as much as I did.

Many people ask the question of “WHY take a young child out hunting when they cannot hunt, and cannot make the decision themselves whether they want to go or not?”

This may seem like a loaded question, but I have been over the answers many times in my head because it’s also a question I asked myself.

When I first considered bringing my daughter with me, I worried about the actual killing part of hunting; would it be something she should witness at a young age? Would it be too much of a shock for her? 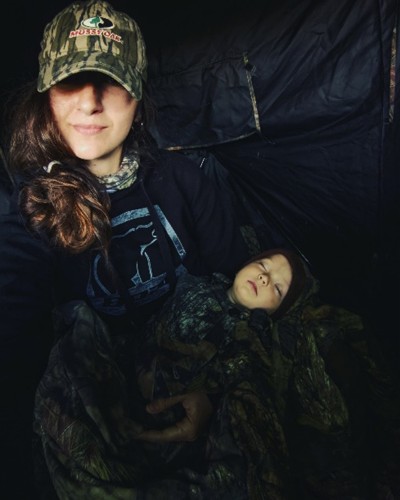 As someone who strictly bow hunts, there was no worry of the loud noise of a gun going off and startling her. Taking the time to make clean, ethical shots was very important to me, something I always take very seriously. At the age of one, she was watching me shoot squirrels out of trees and cheering me on; my first deer kill with her on my back, she celebrated right along with me. From day one, I made it clear that we were hunting for food.

She is now three years old, and she amazes me with what she has learned. She can identify birds by sound and sight, knows different kinds of trees and animal sounds; she identifies animal tracks, and knows what a deer scrape is.

She knows the direct correlation between animals and food, and is unphased even at the thought of eating chicken and cows, despite having chickens of our own. I often wonder if she would have acclimated to this way of life so well, had I waited until she could understand it better. Now, to her, it’s a way of life; its normal. It’s how we live. To me, there is nothing better than teaching her that.

Although she is still too young, she already has shown interest in hunting animals herself. She begs me to let her shoot a deer “next time” and I hope the day comes in a few years where she will get that chance.

Years ago, I was a guide for a whitetail outfitter in Kentucky. During youth gun season, one of our clients was a 5 year old boy named Ryan and his dad. Everyone in camp was a bit doubtful and dismissive, some of the other parents passing judgment on Ryan’s dad for letting him hunt at such a young age. Yet, when the time came, Ryan managed to take the perfect shot on a young doe and get his first deer. That hunt was easily the most memorable one from my time guiding.

As a parent, I know that every child is different. Just because it works for one kid, doesn’t mean that another kids journey will be the same. Some kids are ready at an early age, and some are not; and that’s ok. But, that doesn’t mean they can’t accompany you on hunts and enjoy spending time outdoors. With the right hunting gear and a backpack full of snacks, anything is possible. 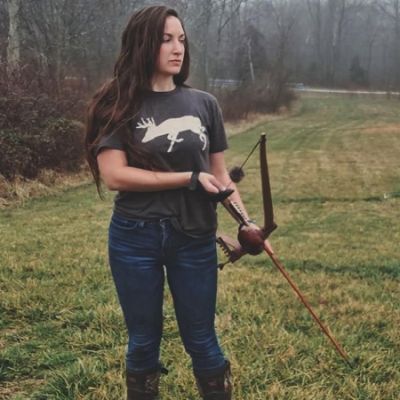 Beka Garris (@bekagarris) was born and raised in NNJ and hunting and fishing was a huge part of her life even as a kid. She now resides in SE Ohio with her husband and three-year-old daughter. Her hobbies include hunting, fishing, gardening, and cooking. She is currently pursuing freelance writing.

What to Cook for National Grilling Month

July is here and the summer breeze is calling you to go outside. Stay hydrated, get your favorite meats and veggies on the grill, and...

Getting Full Use of Your Vacuum Sealer

It's common for most hunters to utilize a vacuum sealer in the fall and winter months. Yet, in the past few years, I have realized...

Wild Persimmons are something special, and once you’ve found a spot where a tree is, you’ll visit it regularly to beat all the wildlife to...