Jerky is a popular snack that people have enjoyed for centuries. It is made by drying and curing meat to preserve and enhance its flavor. There are many types of jerky, each with its unique taste and texture.

Let's explore the different characteristics of ground and muscle jerky and compare its flavors, textures, and nutritional content. We will also discuss the pros and cons of each type of jerky and offer a final opinion on which one is better.

Whether you are a seasoned jerky connoisseur or a curious beginner, this article will provide you with all the information you need to decide which type of jerky is right for you.

Ground jerky is a type of jerky you can make from ground meat. The meat is typically ground into a fine texture, mixed with a marinade or seasoning, and then formed into a uniform shape before being dried and cured. The resulting jerky has a smooth texture and a consistent flavor throughout. If you want to make ground deer jerky:

You can make ground jerky from lean beef cut from round steaks, sirloin tips, or tenderloin. The ground jerky is easy to make and has a consistent flavor and texture. Because the meat is ground, it is evenly mixed with the marinade and forms a uniform shape when dried. This makes it easy to slice the jerky into uniform pieces and ensures that each bite has the same flavor and texture. Ground jerky is also typically lower in fat and calories than other types of jerky because it lacks fat and gristle.

However, some people prefer the chewier texture and varied shape of muscle jerky. The grinding process can also affect the flavor of the meat, making it less bold and distinctive than muscle jerky. Overall, it is a convenient and tasty option for those who prefer a smooth texture and consistent flavor. 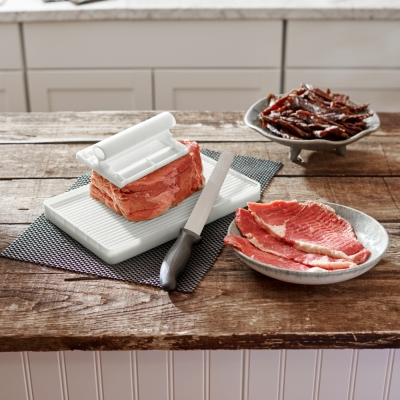 Muscle/sliced jerky is a type of meat you can make from whole slices of muscle meat. The meat is typically sliced into thin strips, marinated or seasoned, and then dried and cured. The resulting jerky has a chewier texture and a more varied shape and flavor than ground jerky. To make muscle deer jerky:

Muscle jerky is unique due to its chewier texture and a more varied shape and flavor. Because the meat is in sliced strips, each piece of jerky has a slightly different shape and texture, and the flavor of the meat is more prominent than ground jerky. Muscle jerky is also high in protein and low in carbohydrates than ground jerky, making it a more nutrient-dense snack.

However, some people find the chewier texture of muscle jerky tough. The slicing process can also create uneven pieces of jerky, causing the marinade not to distribute evenly throughout the meat. Overall, muscle jerky is a tasty and satisfying option for those who prefer a chewier texture and a more varied flavor in their jerky.

Comparison of Ground and Muscle Jerky

Ground and muscle jerky are two different types of jerky from other cuts of meat and have distinct flavors and textures. The most significant difference between the two is the texture.

Another difference between the two types of jerky is the flavor. Ground jerky has a more uniform flavor because the meat is ground and mixed evenly with the marinade or reasoning. This makes it easy to slice the jerky into uniform pieces and ensures that each bite has the same flavor. In contrast, muscle jerky has a more varied taste because each piece is from a different slice of meat. This creates a more diverse and complex flavor profile, with some parts being more flavorful than others.

In terms of nutrition, ground jerky is typically lower in fat and calories than muscle jerky because of the fat and gristle removal before the meat is ground. This makes it a healthier option for those watching their fat and calorie intake. On the other hand, muscle jerky is typically higher in protein and lower in carbohydrates than ground jerky, making it a more nutrient-dense snack.

Overall, ground and muscle jerky are delicious and satisfying snacks with unique flavors and textures. The best choice will depend on your taste preferences and nutritional needs.

Regarding flavor and texture, ground and muscle jerky are both delicious options with their unique qualities. Ground jerky is a convenient and tasty option for those who prefer a smooth texture and consistent flavor. It is easy to make and has a uniform shape and flavor, making it easy to slice and serve. It is also typically lower in fat and calories than other types of jerky, making it a healthier option.

Whether you prefer ground or muscle deer jerky, both are delicious and satisfying snacks that can be enjoyed on their own or as part of a balanced diet. So why not try both and decide for yourself which one is better? 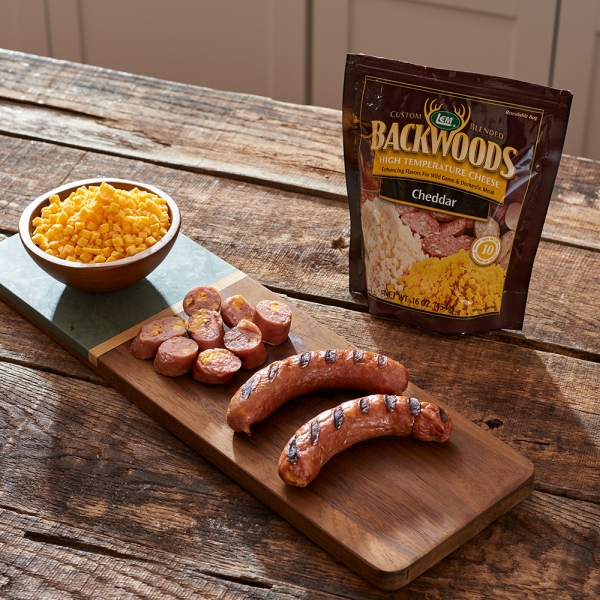 High Temp Cheese: What You Need to Know

High Temp Cheese is the best. It can be stored for longer and withstand heat up to 400 degrees. With many flavors, all your sausage... 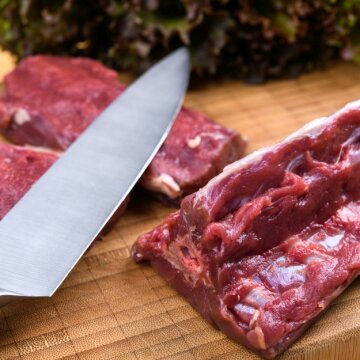 Processing deer at home isn't as scary as it seems. Here's a quick rundown of what you need to know to approach the job with... 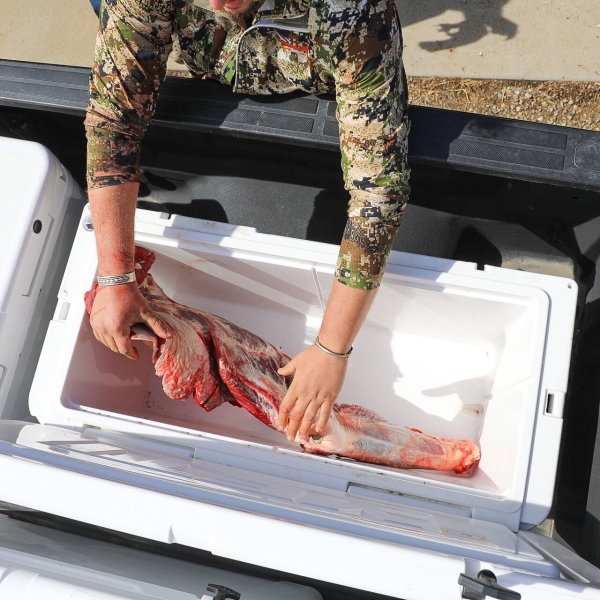 Anyone can process their own meat at home. There's no better feeling than knowing you harvested, processed, and prepared a meal out of game meat...